New Orleans: the Big Easy, Cajun Country, the birthplace of jazz, home of gumbo and Creole culture, and source of voodoo magic – is one of the most interesting, historically important, and colorful cities in America.

But is it safe to live in?

Of course, the answer depends on where you live, where you go, and what you do in the city. However, crime statistics show that New Orleans has a violent crime rate that’s nearly thrice that of the national average. It even has a regular place on lists of the top 50 crime-filled cities in the world.

So, unfortunately, New Orleans is not completely safe, whether for its residents or travelers. Let’s dive into the statistics.

In the years 1994-2013, New Orleans had the pleasure of holding the title of America’s Murder Capital, with over 250 murders each year. Fortunately, this number has gone down over time, and the city is now in the top 10 murder cities instead of being number one, which is an improvement.

With that said, the murder rate is still 7.5 times the average in the country, with around 150 murders so far in 2019. In fact, in any given week, there are usually over 120 reported cases of assault in the city.

The number one crime in New Orleans is theft.
Auto theft, in particular, remains the most common of all forms of theft, with 900 cars stolen since the start of 2019. This means that one vehicle is stolen every three hours in New Orleans, which is a crazy statistic.

That would mean auto theft is more likely to happen to any given individual than murder, shooting, or armed robbery. Every week, over 150 vehicles are broken into and/or carnapped, and there are also over 150 reports of personal property being stolen.

What’s scary about the theft is that many of these incidents occur in the safety of citizens’ homes.

The good news is, New Orleans is home to many home-security companies and alarm companies in addition to the police department. There are lots of choices when it comes to installing security systems, which include automated products that deal with surveillance and alarm monitoring.

Although a citizen’s safety is determined by the neighborhood they live in, the places they go to, and the business they conduct, investing in home security already goes a long way – yes, even in New Orleans.

View all posts by Morgan Pearce 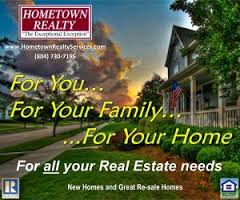